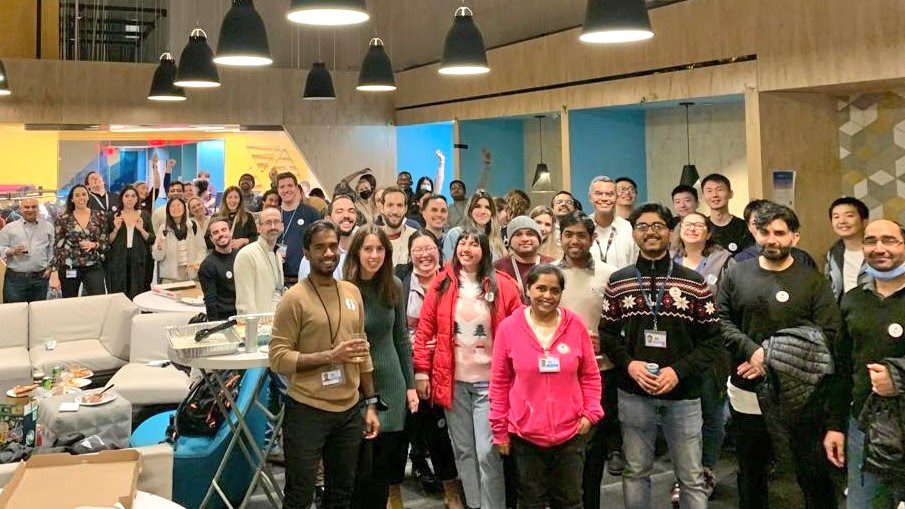 Postdocs are celebrating, but all we want for the holidays is a fair contract!

Today we met with Sinai for a small group session. Sinai made several counter proposals including one on Prohibition Against Discrimination and Harassment. Sinai’s proposal conforms with existing policies that do not fully protect us against many forms of discrimination and harassment. We will keep fighting for a contract that ensures freedom from workplace discrimination, harassment, and bullying. You can find counters from both sides here.

In our last session we agreed to Sinai’s proposed 3% across the board increase, effective January 8, without waiving our right to make more ambitious economic proposals in the future. We appreciated Sinai’s openness to implementing short-term measures to support postdocs during bargaining. Today we made a similar proposal for Sinai to extend postdocs’ access to housing while negotiations continue. This would help alleviate some of the immediate stress and productivity loss that comes with seeking a new apartment in the current NYC rental market, without preventing us from making future housing proposals. Sinai responded that they will look into this issue and get back to us. This is urgent for many of us and we will keep everyone updated.

We also made a number of counter-proposals. We remain further apart on Grievance and Arbitration, Discipline & Dismissal, Union Access & Rights, Employment Files, Intellectual Property, Health & Safety, and Union Security. We think we are closer on Workspace & Materials and Job Posting. We also reached a tentative agreement on a Union-Management Committee.

We ended the session with scheduling. It is very clear that we need more time to discuss proposals, ask questions, and make counter proposals to make timely progress. We proposed a wide range of our availability throughout January and have asked Sinai’s team to respond with times for two bargaining sessions per week.

In other news, postdocs at the University of California are celebrating their overwhelming 89.4% contract ratification vote. After striking for three weeks, UC postdocs won major gains on salaries, enforceable protections against bullying, improved recourse for discrimination and harassment, eight weeks of paid parental leave, childcare subsidy, and many other improvements.

Finally, we wish all postdocs a happy holiday season and a happy new year! 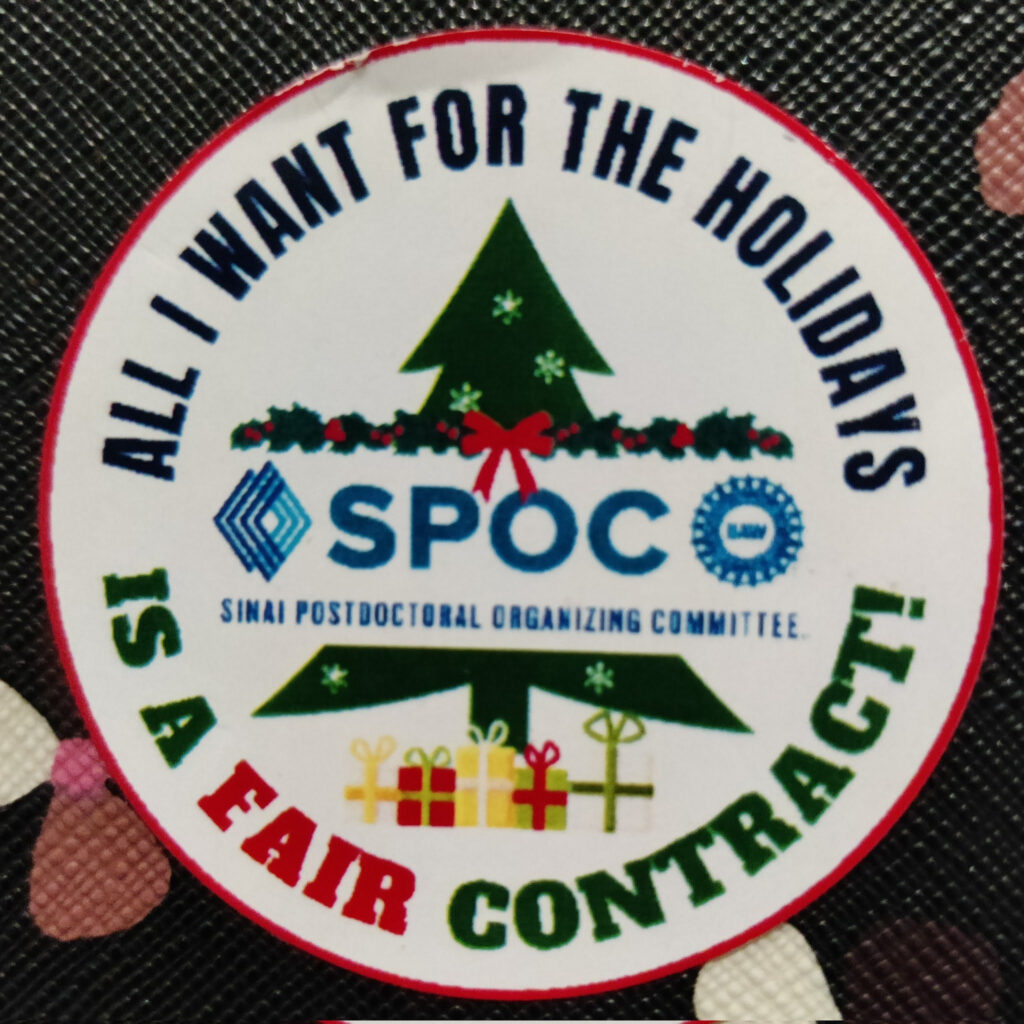