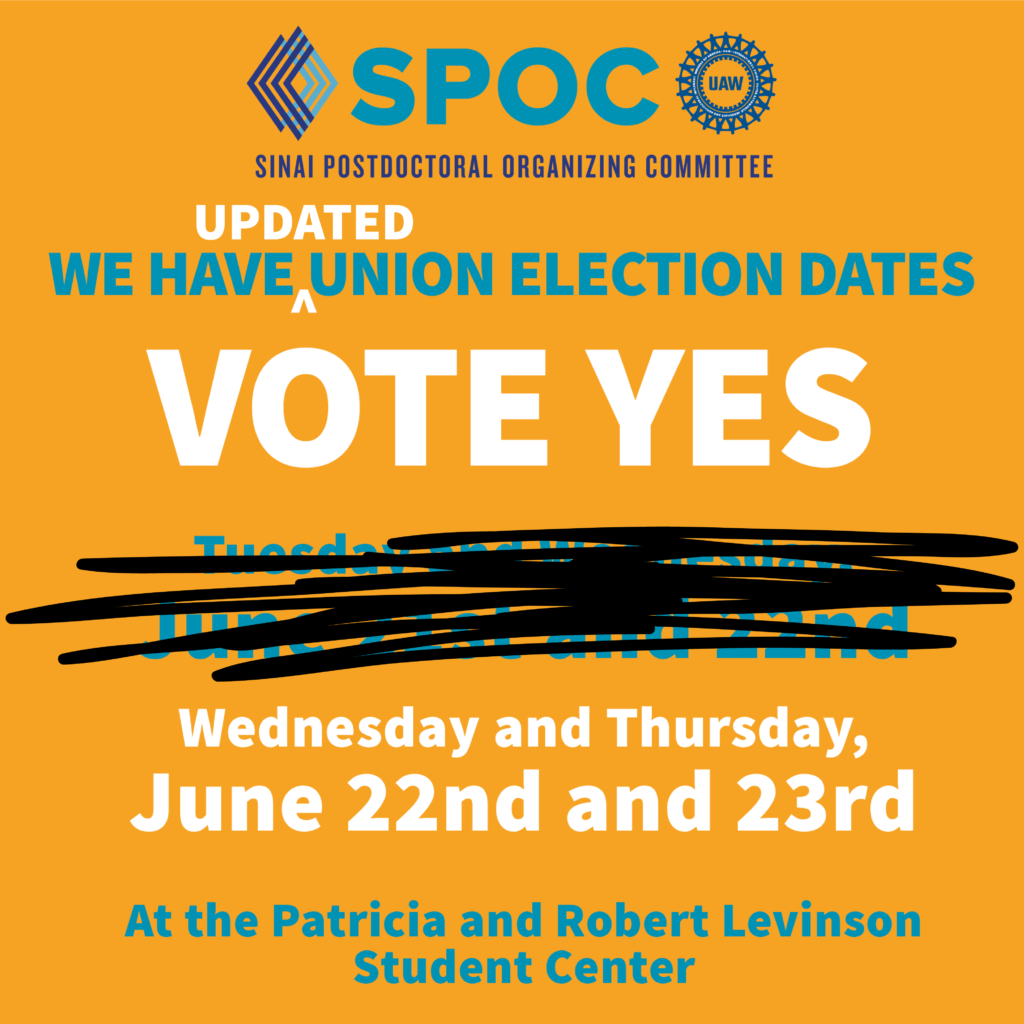 The NLRB has sent updated election dates, due to a graduation ceremony scheduled near the voting location this coming Tuesday. The event was scheduled over two months ago. The Sinai administration and members of the SPOC-UAW organizing committee agreed to shift the election timeline back by one day in order to use the same location, which was chosen for access purposes. Our union election will now be in-person on:

We will hold a fourth informational town hall on Thursday, June 16 at 5pm in Annenberg Room A5-205 (5th floor) and another over zoom on Friday, June 17 at 12pm (noon). Join us to meet with other Postdocs, hear from unionized researchers at other institutions, and get answers to any questions you may have about our election or forming a union for postdocs at Mount Sinai.

In the past week we’ve also seen some exciting updates on the wave of academic workers forming unions here in NYC and across the country:

Let us know if you have any questions or thoughts,